Bitcoin Price Forecast For 2021 - Are BTC Whales Really Back? 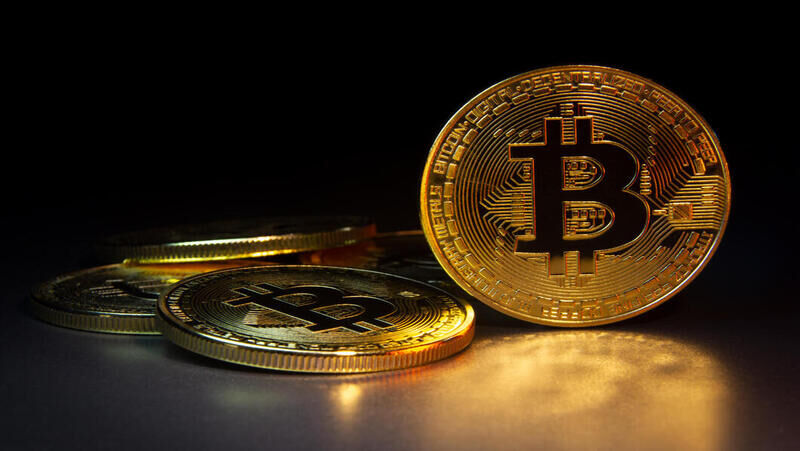 After a week filled with storm and fear. Bitcoin [BTC] still survives its critical 200-days and 21 weeks moving average. Despite the near term chart shows falling on the share price. But it is important to recognize the overall trend in bitcoin is fundamental and stand positively. In fact, the time of the downfall of $52.9k to $42.8k on-chain continued to hold the all share strongly. On dropping off 20% BTC looks at this as a strong hand and many large entities selling their large amount of share during this period. 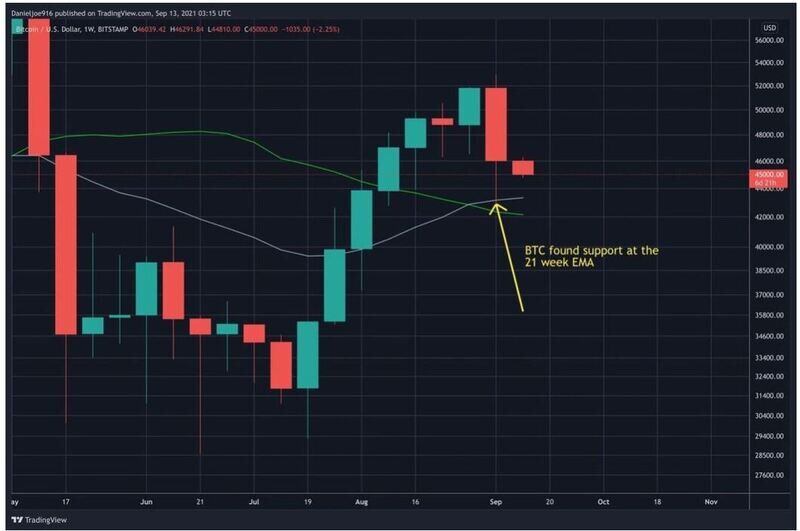 But the on-chain analysis and they better knows that definitely, this is not the case. The majority of selling during past week billion of dollars convert into cash And the small coin selling their coin at a low price to survive form a risk. Are Bitcoin Whales Really Back? According to On-chain data, there is no sign showing that the whale goes back. And cash his share Which is occurred during 2018 in the bear market where whale sell their many bonds. According to CryptoQuant’s UTXO Age Distribution metric, it is very clear that the small coin especially the 3 months to6 months old group will be a little panicked this past week. Note:: the older group continues especially between 12 to 18-month-old coins into 18 months to 2-year-old coins. coins that are 12 months and older have been in stable positions during the correction and the data clearly show that the pressure come to week hand and they sell But on another hand the strong hand continue to hold, and never wanted to be sold at least at this price. 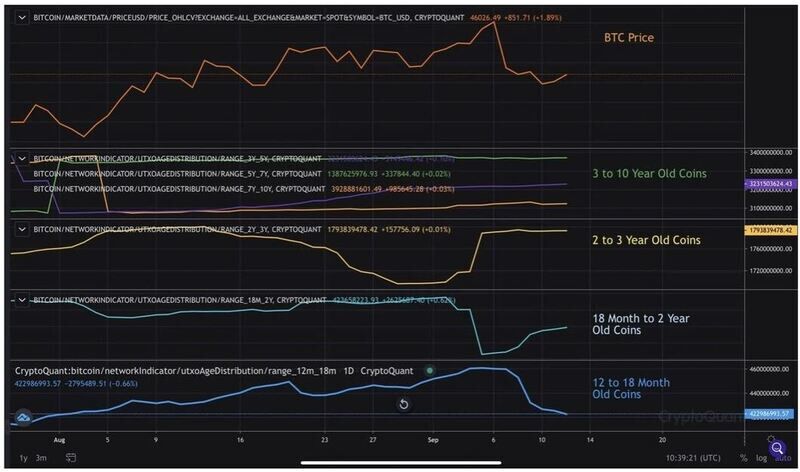 Re-Accumulation Of Long-Term Holders In Market Another on-chain metric called Mean Coin Age helps identify the distribution or re-accumulation of long-term holders in the market. And history says that during the bull market long term holders slowly sell their BTC as the price increase and continue selling when the Price goes near the peak of the bull market. After the price in its peaks and the long-term holders have distributed large amounts of their holdings, BTC falls dramatically, encouraging the long-term holders to start recollecting their share. In the 2013 bull market, there are 2 major important rallies with a mid-cycle pull back in between. In earlier 2013 the mean coin age metric showed the distribution of bitcoin And then the mid-cycle pullback come and the average coinage be increased .and that the signal to the long-term holders to recollecting their share. In the later part of 2013, BTC entered the parabolic phase where the price go higher and the mean coin age fall down. the form attached to the Account Holder Letter. The 2013 bull market cycle looks very similar to the current cycle on a behalf of the mean coin age metric. Earlier in 2021, the metric clearly shows that the distribution of the long-term holders slowly took profit through BTC. From $30k to $64.8k In may the period of liquidation the price go down by 55% and causing the mean coinage to start increasing And the long-term holders were started to recollecting their share. To this day the mean age metric continues to trends higher and long-term holders continue to hold their share and never wanted to sell their share. Bitcoin Mining Reserves Are Increasing BTC miners also continue to net accumulate as miner's reserves actually increase. The overflow from miners to exchange seeing very low compare to the past year When they sell between $10,000 to $40,000 but the current year it's only $20,000 per day. And most importantly miners' reserves have been holding and slowly increased. which shows miners are not interested to sell at the current price. Short Term Analysis The near-term technicals show that the starting signs of going bottom forming. The4 hour chart shows where the prices fall to a new low and momentum indicator trends higher but this is not a perfect time to Go in it but the 4-hour chart continues showing the price fall to a new low. Volume falls down the week selling created pressure and the end of the week the4 hour bolling band has been a squeeze. This indicates a large move coming soon and the long time liquidation is closed causing them to hold already a profit of 9 billion. Considering most sellers come from 3to 6 months old coins who mostly bought between $50k to $64.9k we expect that they are surrender earlier. Once the supply is boosted up the price start going high and attempt to reclaim $47.2k and $50k. BTC is currently intraweek below the 200-day, a critical level to hold on a weekly closing basis. Looking at the technical structure, it is very important for BTC to hold $42.8k, $42.6k, and $41.3k if near-term selling pressure continues. If BTC closes below $41.3k, this could damage the technical structure, increase downside risk, and invalidate the $30k to $40k trading range break out. Strong Accumulation & Weaker Selling Despite a 20% increment of $52.8k, the trend in the BTC is progressive. rapidly. Due to fundamentals technical and on the chain as the data continues to show strong accumulation and weaker hands selling we will see the entering of new term correction in the global market and how the market will perform this week. 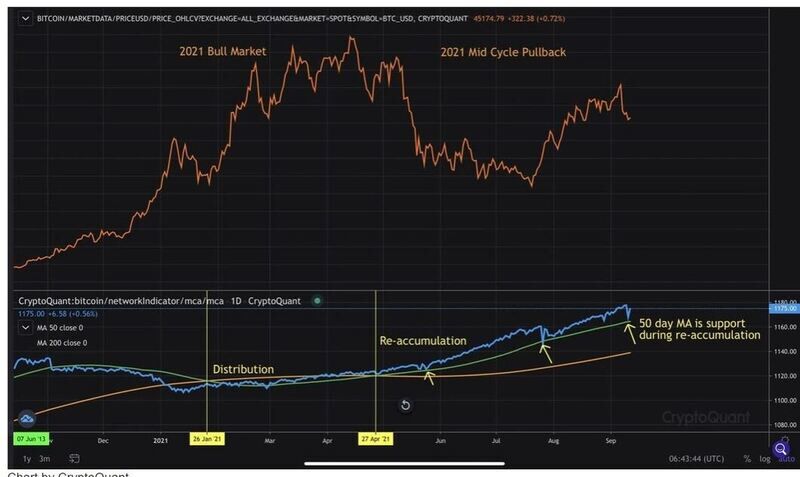 The macro-environment continues to favor risk because the federal reserve facing more difficulty in stating to purchasing the tapering bond. Meanwhile, the Federal Reserve balance sheet continues to make new all-time highs, reaching an astounding $8.3 trillion this is aware of the further upside risk assets including stocks and cryptocurrencies, as a result, trillion of searching for a store value. The duration of mid to long-term outlook is progressively high and on-chain data strongly hold their legs and always help to bull market continuation.